The poor, confined and corralled in self-built dwellings on peripheral land and toxic dumps, have been squeezed further by the disastrous consequences of IMF "structural adjustment" programmes. Their legacy are not merely a decimated public sector but, under the current unfair trade regime, the effective destruction of the peasantry of the South, who have been reduced to demographic cannon fodder for urban charnel houses. In the most potent passages, Davis describes the gruesome realities of personal hygiene and human dignity in communities that are actually drowning in their own shit.


The elites of the South have responded to the threat of the slums with the wall, the bypass and the bulldozer. Everywhere, gated communities and militarised suburban enclaves have been established. City centres have been abandoned to street dwellers and squatters. Elevated motorways in Lagos and Buenos Aries cut across the sea of pitiable humanity, connecting a network of privilege. Where the slum cannot be bypassed, it can be eradicated.

Clearance and deportations are key policy tools in the armoury of authoritarian urbanism. From Olympic Beijing to Mugabe's Harare, violence and force have beautified cities, made space for gentrification, or dumped opponents with a brutality even Baron Haussmann of Paris would have found breathtaking. Davis wonders whether the opening scenes of the "war on terrorism" are really the overture to a conflagration that pits the insatiable desires of Western consumerism against the unfullfillable needs of the global slum.

He will never sell the script to Hollywood, but the Pentagon, with its new doctrines of urban warfare, may have taken out an option. There is another, more hopeful movie to be made on this subject, but those who write such an epic better start with Davis's coruscating tragedy. You can find our Community Guidelines in full here. Want to discuss real-world problems, be involved in the most engaging discussions and hear from the journalists? 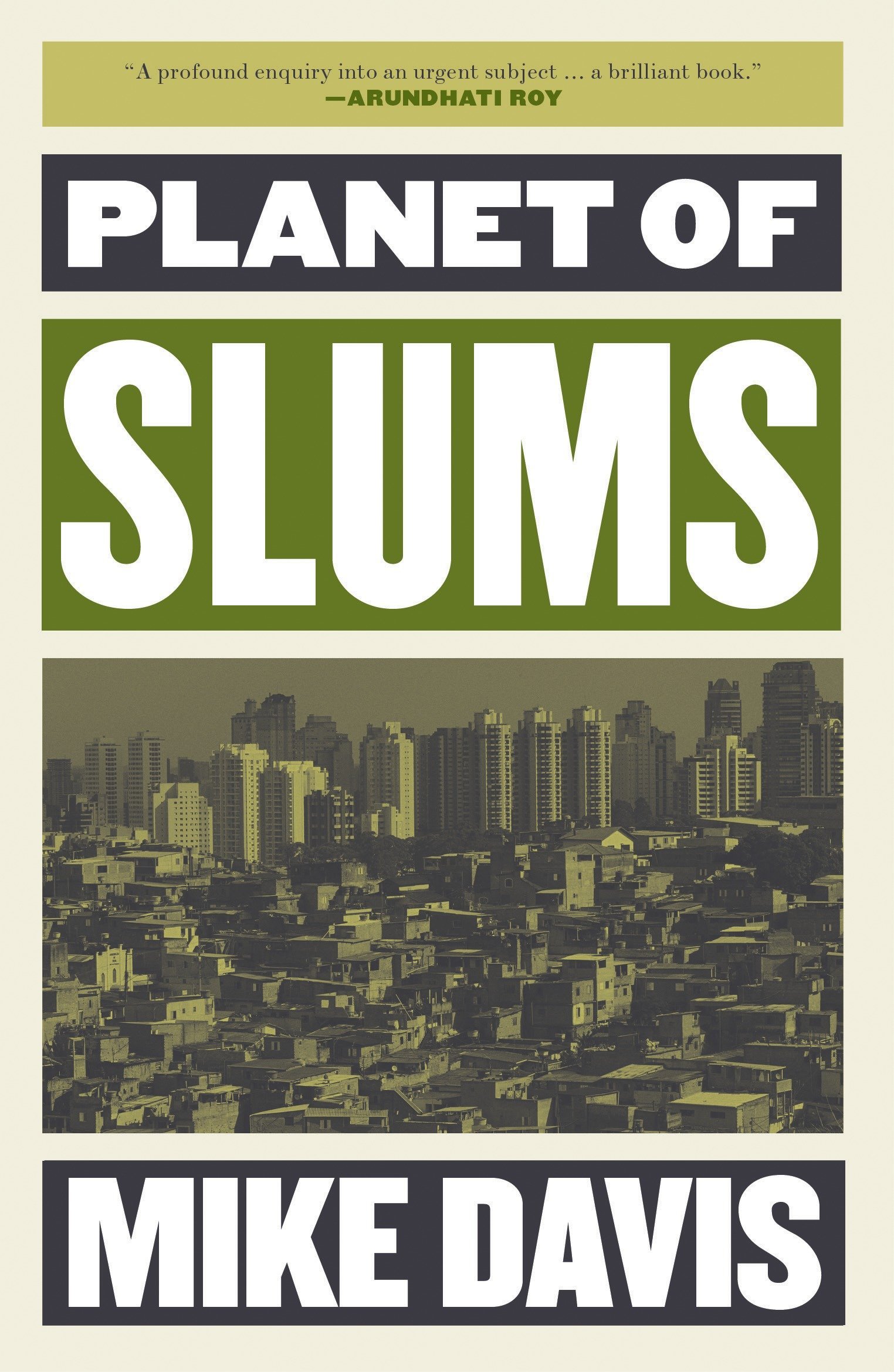 
Our journalists will try to respond by joining the threads when they can to create a true meeting of independent Premium. The most insightful comments on all subjects will be published daily in dedicated articles. You can also choose to be emailed when someone replies to your comment. The existing Open Comments threads will continue to exist for those who do not subscribe to Independent Premium. Due to the sheer scale of this comment community, we are not able to give each post the same level of attention, but we have preserved this area in the interests of open debate. Please continue to respect all commenters and create constructive debates.

Mike Davis on Planet of Slums

According to the United Nations, more than one billion people now live in the slums of the cities of the South. In this brilliant and ambitious book, Mike Davis explores the future of a radically unequal and explosively unstable urban world. From the sprawling barricadas of Lima to the garbage hills of Manila, urbanization has been disconnected from industrialization, even economic growth.

Davis portrays a vast humanity warehoused in shantytowns and exiled from the formal world economy. He argues that the rise of this informal urban proletariat is a wholly original development unforeseen by either classical Marxism or neoliberal theory. Are the great slums, as a terrified Victorian middle class once imagined, volcanoes waiting to erupt?

Davis provides the first global overview of the diverse religious, ethnic, and political movements competing for the souls of the new urban poor. Planet of Slums ends with a provocative meditation on the "war on terrorism" as an incipient world war between the American empire and the new slum poor. He was recently awarded a MacArthur Fellowship.